You’re probably familiar with the most common causes of death in the United States. As of 2018, the leading causes were (in order of number of deaths) heart disease, cancer, unintentional injuries, chronic lower respiratory diseases, stroke, Alzheimer disease, diabetes, influenza and pneumonia, kidney disease, and suicide. 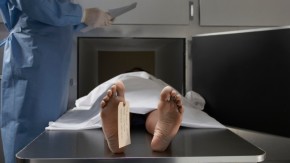 Researchers identified the most disproportionate—“the most surprising”—cause of death in each state.

However, causes of death vary significantly by state. Many states have mortality rates for certain causes that are disproportionate to the nation at large. In a report that analyzed how the major causes of death differ throughout the United States, researchers at EffortlessInsurance.com (an independent online insurance broker) calculated “the most surprising cause of death” in each state.

Using 2017 data from the CDC, the researchers compared each state’s mortality rate for each of the 15 leading causes of death nationwide. The cause of death that differed the most from the national rate for that cause was identified as the most disproportionate—“the most surprising”—cause of death in that state.

For instance, the leading cause of death in West Virginia is heart disease. But when the state’s mortality rates are compared with those nationwide, the cause of death that stands out is accidents. Out of all states (not including the District of Columbia), West Virginia has the highest death rate for accidents, with 102 deaths by accident for every 100,000 people. In fact, as many as 8.13% of all deaths in the state in 2017 were due to accidents.

If you’ve ever wondered, here are the most surprising causes of death throughout the United States.

The CDC defines accidents (or “unintentional injury”) as “the physical damage that results when a human body is suddenly subjected to energy in amounts that exceed the threshold of physiologic tolerance—or else the result of a lack of one or more vital elements, such as oxygen.” The most common types of unintentional injuries in the United States are motor vehicle accidents, suffocation, drowning, poisoning, fire/burns, falls, and sports and recreation.

If you’re a fan of monologues by late-night talk-show hosts, you might expect that Florida—often the butt of jokes for the weird happenings there—would have been higher on the list of accidental deaths. Consider, for example, the Florida burglar who was killed by an alligator while hiding in a pond to evade police. Things like that just don’t seem to happen in other states. While Florida doesn’t top the list for the percentage of deaths due to accidents, it may be No. 1 in sheer numbers, though, with more than 13,000 accidental deaths in 2017 compared with 427 in Washington, DC.

On a more serious note, deaths from accidents have been rising sharply in the past two decades. The death rate due to accidents increased from 37.2 per 100,000 Americans in 1999 to 52.2 per 100,000 in 2017. In addition to the aforementioned causes of accidental mortality, alcohol and drug overdoses are also counted as accidental deaths. The sharp rise in accidental deaths is attributed to the opioid crisis occurring during the same time period.

Like accidental deaths, deaths by suicide (also termed “intentional self-harm” by the CDC) have also skyrocketed in the past 20 years. Currently listed as the 10th leading cause of death, suicide accounted for 14.8 deaths per 100,000 Americans, with more than 48,000 Americans dying by suicide in 2018.

Suicide isn’t inevitable; it can be prevented—and physicians can play a role if they’re “tuned in” to prevent it, wrote Michael Hogan, PhD, clinical professor in psychiatry at Case Western Reserve University School of Medicine, in a Modern Healthcare editorial: “In multiple studies over the years, up to 45% of all patients and a shocking 78% of older people who die by suicide saw a medical doctor in the month before they died. But something was missing. Most of the time, those patients were not asked about self-harm or suicide. When it comes to most of healthcare, a ‘don't ask, don't tell’ approach to suicidal thoughts has been all too common.”

Deaths linked to hypertension-related cardiovascular disease have been quietly booming for more than a decade, even as deaths due to coronary heart disease are on the decline, according to recent research.

“This is a public health emergency that has not been fully recognized,” said the study’s lead author Lakshmi Nambiar, MD, a cardiovascular disease fellow at the Larner College of Medicine at the University of Vermont.

Hypertension (ie, essential hypertension and hypertensive renal disease, as defined by the CDC) was directly related to 35,835 US deaths in 2018, with 11 deaths per 100,000 Americans.

However, when looking strictly at deaths due to hypertension and not at hypertension-related cardiovascular deaths, the numbers are not as dramatic. The two disparate states with surprisingly high percentages for this cause of death are California (2.09%) and Mississippi (1.71%).

Though it’s not mentioned in the same breath as other major causes of death—like heart disease, cancer, or stroke—kidney disease (including nephritis, nephrotic syndrome, and nephrosis) was the ninth leading cause of death in 2017 and 2018. It caused more than 51,000 deaths in 2018, or 15.7 deaths per 100,000 Americans.

It doesn’t rank among the 10 leading causes of death, but liver disease (classified by the CDC as “chronic liver disease and cirrhosis”) caused nearly 43,000 deaths in 2018. This equates to 13.1 deaths per 100,000 Americans.

The only state in which liver disease is the most surprising cause of death is New Mexico, where it caused 3.24% of all deaths in the state in 2017.

Other states where septicemia was a disproportionate cause of death were Alabama, Kentucky, Texas, Georgia, South Carolina, West Virginia, and Indiana.

Other ‘surprising’ causes of death

Other disproportionate causes of death in specific states include: