Cancer is the second leading cause of death worldwide. Despite advances in therapy and technology, cancer remains lethal, with incidence and death rates prodigious. Consequently, researchers are always on the lookout for more efficacious and less toxic treatment strategies. When it comes to cancer of any kind, it’s important to realize that no dietary supplement can fully treat, cure, or prevent it. However, there are some supplements that have garnered the interest of researchers for their potential to fight cancer. 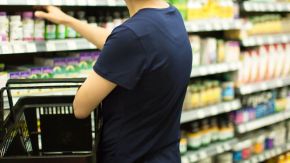 Researchers are studying a variety of supplements for their cancer-fighting potential.

The following is a list of supplements with anticancer properties:

In addition to supplement form, flaxseeds are found in certain cereals, breads, and crackers. They are also sold as raw seeds, but people with irritable bowel syndrome, ulcerative colitis, or Crohn disease should avoid overconsumption because these seeds can lead to bloating, diarrhea, and flatulence. To get the most nutritional value out of flaxseeds, it’s best to add them gradually to the diet or buy them in powder form, according to the experts.

Evidence cited by the MD Anderson Cancer Center indicated that consuming 25 g of flaxseeds per day may inhibit breast and prostate cancer tumor growth. Furthermore, they can decrease estrogen levels, and aid with breast cancer prevention. Importantly, flaxseeds can also boost the efficacy of tamoxifen, a drug used to reduce the risk of cancer recurrence and invasive cancer.

At the same time, the MD Anderson article pointed out that flaxseeds contain high levels of omega-3 fatty acids, which, according to research, may counter the effects of chemotherapy. Thus, as with all supplements, it is important to discuss potential contraindications of flaxseed consumption with your cancer patients.

“All tested fish oils and herring and mackerel fishes contained relevant levels of fatty acid 16:4(n-3), a fatty acid with chemotherapy-negating effects in preclinical models,” wrote the authors of a study published in JAMA Oncology. “After ingestion of these fish oils or fishes, 16:4(n-3) was rapidly taken up in the plasma of human volunteers. Until further data become available, fish oil and fish containing high levels of 16:4(n-3) may best be avoided on the days surrounding chemotherapy.”

Garlic provides many health benefits, but among its most highly touted are its anticancer effects. Various expert observations have supported the use of garlic to substantially decrease cancer risk.

The anticancer roles of garlic appear to have biological underpinnings, according to the authors of a recent paper published in Biomedicine & Pharmacotherapy.

“Once tumor cells spread throughout the body, it is much more difficult to treat a patient's cancer. Compounds from garlic can also block several signaling pathways involved in cell migration and the differentiation of tumor cells,” wrote the authors.

“In view of the multitargeted carcinoma actions and lack of severe toxicity, some components of garlic are likely to play vital roles in the selective killing of cancer cells,” they added.

The authors also pointed out that processing garlic, as happens with supplement preparation, may decrease some of garlic’s cancer-fighting potential.

A number of international organizations, including the National Cancer Institute, the American Institute of Cancer Research (AICR), and the WHO, recognize “that the intake of garlic in a routine diet is linked to reduced risks of cancer,” the paper noted.

However, researchers are still evaluating the amount and form of garlic that could be efficacious in fighting cancer, among other aspects of this nutrient. According to the AICR: “Laboratory research shows that allium compounds in garlic offer anti-cancer activity, but support for garlic lowering cancer risk is lacking in human studies. More research is needed to understand how garlic’s role in cancer risk might vary based on the amount, absorption, preparation methods and individual differences.”

In addition to its antioxidant properties, the trace element selenium (Se) boasts a laundry list of other antineoplastic properties, according to the authors of a review published in the journal Antioxidants. These properties include the following:

“Selenium play[s] a vital role for many organism systems due to its incorporation into selenoproteins structure,” according to the review authors. “Selenium possesses antioxidant activity at optimal doses, while at supranutritional doses, it displays prooxidant activity. Redox active selenium compounds can be used for cancer treatment; recently special attention is put to selenium containing nanoparticles.”

The authors suggested, however, that “more data is needed to understand its role for therapeutic applications [used] synergistically with chemotherapy and radiation, especially the ability to modulate both efficiency and toxicity of anticancer therapies. Moreover, more precise evaluation is required to ascertain the interaction of Se with other metals, with other meal components and/or dietary supplements.”

Most people get selenium through their diets. Selenium occurs naturally in soil and the amount varies widely by geographical region—thus, the amount available in foods varies depending on where it is grown or raised. In the American diet, the primary dietary sources of selenium are breads, grains, meat, poultry, fish, eggs, and nuts—especially Brazil nuts. Selenium supplements are available in multivitamin/multimineral and stand-alone formulations.

For general health, the recommended daily allowance (RDA) for selenium is: 55 µg for adult males and females (14 and older); 60 µg for pregnant females; and 70 µg for breastfeeding females. The safe upper intake level for selenium is 400 µg in adults.

Curcumin is the active ingredient in the Curcuma longa plant and is found in the spice turmeric. Over the past 20 years, curcumin has received plenty of attention for its antioxidant, anti-inflammatory, and anticancer properties.

“The main mechanisms of action by which curcumin exhibits its unique anticancer activity include inducing apoptosis and inhibiting proliferation and invasion of tumors by suppressing a variety of cellular signaling pathways,” wrote the authors in a review published in the International Journal of Molecular Sciences. “Several studies reported curcumin’s antitumor activity on breast cancer, lung cancer, head and neck squamous cell carcinoma, prostate cancer, and brain tumors, showing its capability to target multiple cancer cell lines.”

Furthermore, the authors wrote, curcumin's “efficacy and safety in cancer patients either alone or in combination with other anticancer agents has been proven in several clinical studies with human subjects.” However, studies are needed to address issues regarding curcumin’s bioavailability, potency, and specificity for the target tissue, the authors noted.

Turmeric supplements come in various forms including tea, extracts, powders, capsules, and roots. Studies are ongoing to determine exactly how curcumin works in fighting cancer and the optimal way to use it as a treatment. Turmeric is generally considered safe, but like any supplement, can cause adverse effects in some individuals.

Early on, observational studies demonstrated that when compared with northern latitudes, the incidence and mortality rates of some cancers were decreased in those living in southern latitudes, due to higher levels of sunlight exposure and, therefore, higher vitamin D production in the skin. Consequently, experts hypothesized that vitamin D could lower cancer risk.

The NIH supports the possible antineoplastic effects of vitamin D. “Experimental evidence has also suggested a possible association between vitamin D and cancer risk. In studies of cancer cells and of tumors in mice, vitamin D has been found to have several activities that might slow or prevent the development of cancer, including promoting cellular differentiation, decreasing cancer cell growth, stimulating cell death (apoptosis), and reducing tumor blood vessel formation (angiogenesis),” the agency wrote.

People can obtain some of the vitamin D they require from sunlight exposure, depending on what part of the country they live in, as well as the time of year. This vitamin also occurs naturally in a small number of foods, including eggs, fatty fish like salmon, swordfish, and sardines, fish liver oil, and beef liver. Other dietary sources include vitamin D-fortified milk, juices and cereal, and, of course, dietary supplements.

For general health, the Institute of Medicine of the National Academies suggests the following RDA for vitamin D:

Like any nutrient, excessive intake of vitamin D can be toxic. Too much of this vitamin can increase calcium levels, potentially leading to calcinosis and hypercalcemia. The tolerable upper intake level of vitamin D for adults and children 8 years and older is 100 μg per day. Toxicity is most likely to occur from supplements rather than food sources, the agency added.

In general, nutritional needs are best met primarily through food sources, according to the 2015-2020 Dietary Guidelines for Americans. “Foods in nutrient-dense forms contain essential vitamins and minerals and also dietary fiber and other naturally occurring substances that may have positive health effects. In some cases, fortified foods and dietary supplements may be useful in providing one or more nutrients that otherwise may be consumed in less-than-recommended amounts.”

However, as discussed above, dosages for fighting cancer may well be different, and the mechanisms of action, risks, benefits, and efficacy of these agents are still being studied.

Keep in mind that supplements and certain food substances can interact or interfere with medications you are taking, or other treatments you are undergoing for cancer or other conditions.