For a busy physician, exercise often happens whenever there is time. But recent studies have looked at the relationship between exercise type and time of day in an attempt to enhance aerobic capacity, muscle power, and well-being. 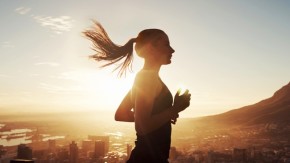 What time of day will exercise give you the most bang for the buck?

“The beneficial effect obtained from exercise is generally determined by multiple systems such as the motor, physiological, and neurobiological systems,” wrote the authors of a review published in Integrative Medicine Research. “In particular, physiological and neurobiological activities are dependent on biological rhythms in the human body; this is also known as circadian or diurnal rhythms. This phenomenon has been widely described in time-of-day studies.”

With respect to aerobic exercise, time-of-day studies have shown mixed results. Effects from 3% to 21.2% have been found with resistance exercises, such as power, muscle strength, and sprints. This range depends on the experimental design, the exerciser being tested, and the position of muscles. Nevertheless, certain insights can be drawn from the research.

Let’s look at some specific findings from time-of-day studies.

Aerobic exercise helps with weight loss management and enhances peak maximal oxygen consumption (VO2 max). Time-of-day effects have been supported by various—but not all—studies. Time of day could mediate health and disease outcomes, according to the authors of the aforementioned review. Specifically, one study cited in the review found that in men, endurance exercise capacity during exhaustive cycling exercise at 65% peak VO2 was higher with morning cycling. On the other hand, another study found that evening cyclists had a greater work capacity after 5 weeks of high-intensity training. In the aggregate, different outcomes may be targeted by either day or night aerobic exercising training, the authors suggested.

Results of time-of-day studies involving resistance exercise have also been mixed, per the authors of the review. One study, for instance, demonstrated that 6 weeks of resistance training in the morning enhanced anaerobic response compared with evening exercise. Another study found that muscle performance—measured by one-repetition, squat jump, and Wingate tests—were all enhanced in the morning. (The Wingate test is a 30-second cycling test measuring anaerobic leg power.)

Conversely, some researchers have shown significant improvement in peak muscle power in well-trained cyclists who exercised at night vs the morning. Similarly, some data suggested that isokinetic knee flexion, grip strength, peak power, and peak torque were all higher in the evening.

Authors of another review, published in the Journal of Strength and Conditioning Research, found differences in morning vs evening exercise that they attribute possibly to hormones.

Adrenal hormones are key in determining muscle strength and protein synthesis, with time of day underscoring the effects of testosterone and cortisol.

“Regular training in the morning hours may increase the lower morning performances to the same or even higher level as their normal diurnal peak typically observed in the late afternoon by a greater increase of performance in the evening,” the review authors wrote. “However, regular training in the evening hours may increase the morning-evening (i.e., amplitude of the rhythm) difference by a greater increase of performance in the late afternoon. Therefore, adaptations to training are greater at the time of day at which training is regularly performed than at other times.”

To be sure, regular exercise training in the morning can be tough. But the authors stressed that, over time, maximal performance of morning exercise can meet or exceed peak daily performance, which typically occurs in the late afternoon. On the other hand, evening training can enhance neuromuscular performance.

Understandably, confusion about how to apply this data to your daily exercise will arise, and more research still needs to be done. Moreover, exercise is always good for you no matter what time of the day it’s performed. (Even after call, as some physicians do.)

Nevertheless, the authors of the review in the Journal of Strength and Conditioning Research did make some translational observations: “[C]ircadian rhythms of sports performances are linked closely in phase with the rhythm of core body temperature suggesting a causal link between them.”

The American Council of Exercise (ACE) makes this advice actionable by recommending to record temperature every couple of hours for 5 or 6 consecutive days to determine body temperature variation, which typically fluctuates by plus or minus 1.5 degrees throughout the day.

“Try exercising during the period three hours before and after your highest temperature. If you are an early bird or a night owl, you may notice that your temperature peaks one to two hours before or after the norm (between 4 p.m. and 6 p.m.); you can adjust your exercise time accordingly,” they wrote.

Finally, if preparing for a competitive event at a certain time of day, it's a good idea to train at that time of day for maximum benefit. If that’s not possible, consider morning resistance training to minimize time-of-day detriment on physical performance, as advised by the authors of the review article in the Journal of Strength and Conditioning Research.